How Does Bail Works in Jefferson County Jail?

How Does Bail Works in Jefferson County Jail? 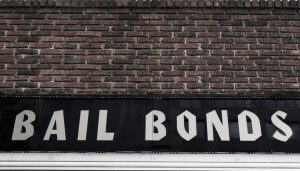 Bail acts as an assurance that the defendant will show up in all court proceedings. In other words, the defendant needs to pay money to get out of jail while awaiting trial. Maybe you’ve heard the word bail several times, but what is the process of bail bonds in Jefferson County Jail?

The most common type of bail is bail bond since a 10 to 15 percent premium charge of the bail amount is more affordable than the total bail. Additionally, the person can get released from jail faster through a bail bondsman, especially if the detainee has been arrested at night or on the weekend.

Since jails can change their bail bond procedures, it is best to call first the Jefferson County jail after being detained. You may ask bail-related information to the jail or court representative. These questions are as follows:

Once you have the needed information, you can decide what kind of bail you want to use to be released on bail. There are three ways to post bail in Jefferson County Jail: cash bail, bail bonds, and property bonds.

If you have enough resources to pay the defendant’s full bail amount, you can use cash bail to release your loved one. You can use cold cash, cashier’s check, or money order. However, personal checks are not accepted in Jefferson County Jail.

To post cash bail, go to Jefferson County Jail or the court where the bail arraignment occurred. But going directly to the jail instead will quicken the release since the bail paperwork is eventually transferred from court to jail.

A bail bonds agent may require some form of collateral to serve as protection if ever the defendant skips bail. Also, the bail bonds company requires a co-signer before the contract will go through.

If you have a property in Jefferson County, you can use it to post bail. It will serve as collateral while the defendant is out on bail. The court will keep the title of the property or any valuable possession of the payor. The owner must be present to sign all the necessary documents to post bail using properties.

Who can Post Bail for a Defendant in Jefferson County?

In general, any person who is 18 years old and above with a valid government-issued ID can post bail for the defendant. Samples of accepted valid IDs are passport, photo driver’s license, or motor vehicle issued ID.

A defendant in legal age can bail himself out, while a parent or legal guardian can bail out juveniles. Bail bonds agents can also post bail on behalf of the defendant.

How Bail Amounts Set by the Judge?

The judge considers several factors when setting the bail amount for the defendant. Some of the common factors are as follows:

Depending on the severity of the crime, the judge may set a high bail amount. And in worse cases, the judge may be inclined to deny the bail altogether particularly for violent criminal charges such as murder.

When Does the Bail Amount Return to the Payor?

The money used to pay the bail will be returned to the payor regardless of the result of the case, as long as the defendant follows all the bail conditions. In reality, the case could take several months to years. That is also the time when the payor can get back his money.

What Will Happen To My Bail If the Defendant Misses Court Dates?

The judge will order a bench warrant for the person’s arrest. The defendant has to report to the court as soon as possible to get a new scheduled court date. However, the bail might get forfeited if the defendant can’t produce a valid reason for missing the court hearing.

If a loved one got arrested and gets into the custody of Jefferson County Jail, it is normal to think of ways to send help. Most of the time, defendants get released quickly from jail through posting bail bonds in Jefferson County.

You can call Lucero’s Bail Bonds at 303-271-6245 if you want to know more about bail bonds in Jefferson County.