Cash Bond or Bail Bond: Which is Better in Posting Bail?

Cash Bond or Bail Bond: Which is Better in Posting Bail? 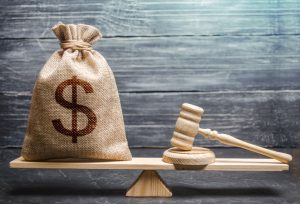 If it is your first time to bail someone out of jail, you might have heard the terms cash bond or bail bond. These two types of bail are used to post bail to provide a temporary release while awaiting trial. Although both have the same purpose, the two have different functions and procedures.

But first, let’s define what bail is.

Bail is the money used to release someone while awaiting trial temporarily. This money ensures that the defendant will follow all bail conditions and show up in all court proceedings. If the defendant upholds his agreement to follow court orders, the money will be returned to the payor regardless of the trial result. Otherwise, the bail money will be forfeited and will be kept by the court.

When someone has been recently arrested, he/she will be booked in a detention facility to gather the offender’s personal information. From then on, the defendant might sit in jail for some time since he/she needs to wait for his bail arraignment. During bail arraignment, the judge will decide whether the defendant is approved for bail or not.

If the judge approves bail, the defendant will have to post bail either through cash or bail bond.

This way of posting pail is more straightforward than the surety bond. If the defendant has decided to post bail using cash bail, he/she has to pay the full bail amount set by the court. The court keeps the bail money until the resolution of the case.

Which one pays bigger fines and fees?

Typically, there will be fines and fees that the defendant needs to pay after assessing the offense committed. With cash bail, these fees and fines will automatically be deducted from the bail money. Any cash left after the deduction of fines and fees will be returned to the bail’s payor. On the other hand, deduction of any court fees and fines cannot be deducted from the bail bond.

Which one has more risk of bail forfeiture?

Bail forfeiture occurs when the defendant, who is out on bail, violated any bail conditions or missed court proceedings. The money will not be returned to the payor or the 24 hours bail bonds agency.

No one loses any money if the defendant upholds the bail conditions and shows up to all court hearings until case resolution. However, the risk of bail forfeiture is always on the person who pays the bail money.

Which one has more privileges given?

Normally, the court will give the defendant an option to receive a public defender. However, this privilege can be different if you post bail through cash or bail bonds.

If the defendant posts bail using cash, the judge will see that you have the capability and resources to hire your defense attorney. On the other hand, the judge will provide you access to the list of public defense lawyers if you post bail using 24 hours bail bonds.

Which one keeps the guarantor a private identity?

An inmate’s information is public data. Most jails regularly update an online database regarding offenders who are detained at their facilities. Some of the information shown on the jail’s website is the person who pays the bail for the defendant.

When you use cash bail to bail out someone, your name will be shown as the defendant’s payor. However, if you want the arrest and the bail details remained to be private, you can opt to post bail using a bail bonds agent.

Other Types of Bail

Cash bail and bail bonds are not the only types of bail you can use to bail out someone. You can also use property bonds wherein your property will be used as collateral. Properties that can be used are house or land, car, jewelry, and other valuable things. The property should cover the full bail amount.

Own Recognizance and Release on Citation

These two types of bail use no money to post bail. Typically, the defendant needs to sign documents promising to attend all court proceedings until the trial. The difference is the manner of the release.

Release on Own Recognizance follows the usual bail process from arrest to bail arraignment if the judge found out that the defendant has a good criminal record, strong ties to the community, and a non-violent or misdemeanor charge.

While Release on Citation occurs at the time of the arrest wherein, the arrestee is allowed to go home and have to sign for the documentation about the charge and court hearings. It means that the defendant will no longer have to go to the detention facility’s booking process. An arresting officer will, most of the time, release someone on the citation if the offender is a first-time violator with a misdemeanor offense.

The importance of hiring a bail bondsman

Posting bail might sound straightforward to hear since you only have to pay money in exchange for the pretrial release of a loved one. However, there are essential things to know for you to come up with the type of bail you want to use.

A bail bond or surety bond is the most common way to post bail since the amount of money you need to provide is significantly less than the actual total bail amount. The bail bonds agent also has the essential experience and knowledge to have a smooth bail process in place for you.