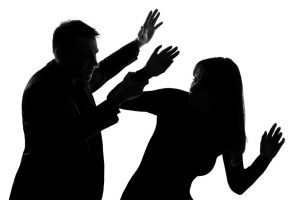 The act of domestic violence occurs when there is violence committed, or threatening of violence happened to the victim whom he or she is intimately involved and has been involved intimately in the past.

In Colorado, domestic violence is not an independent crime. Instead, it is a sentencing enhancer for any offense the actor committed to the victim who has shared an intimate relationship with him/her.

The following are some of the common offenses that include domestic violence as a sentence enhancer.

It’s unlawfully causing an injury to another individual. It can be classified as a misdemeanor or a felony, depending on the circumstances. The penalties for assault depend on its degree: first-degree, second-degree, and third-degree.

It is also known as “Vonnie’s law.” It involves an unwanted and/or repeated surveillance of another person. Under the law, it is considered stalking if there is a credible threat and recurring behavior that causes the person to be frightened or have emotional distress.

The Colorado law defines it as “intentionally bothering, annoying, or alarming someone by way of repeated contact, obscene gestures, hitting, taunting, or following in public.” Harassment is classified as a misdemeanor offense in Colorado punishable with jail time and fines. But harassing a person based on his or her religion, race, or disability can incur more severe punishments and penalties.

It includes harming a minor below 16 years old, which can cause any form of danger to the minor. It is categorized as a misdemeanor offense if the minor does not form any serious injury due to the abuse. Otherwise, the charge will be escalated to a felony. Either way, there is a possible chance to get a temporary release through bail bonds in Boulder CO.

It is also known as sexual battery, in which the offender commits unlawful sexual contact with the victim. Unlike sexual assault, it involved unwanted touching without penetration. Sexual contact is usually a lesser form of sexual assault offense.

It occurred when a person used threats or actions knowingly or attempting to put the other person in fear or any imminent serious bodily injury. Menacing means making criminal threats and may be charged along with assault.

It is a crime of the illegal detention of the victim without his or her consent. The offender does not have to move the victim to another place before it can be classified as false imprisonment. This charge can be sentenced as a misdemeanor or felony but can be processed bail bonds Boulder Colorado for the pretrial release.

The Colorado law increases the possible sentences to a person who committed a crime against an elder aged 70 years old and above. These crimes include assault, robbery, theft, criminal negligence, caretaker neglect, sexual assault, and exploitation. The defendant needs an experienced bail bonds agent to secure his temporary release through bail bonds in Boulder CO.