What is Double Jeopardy Under Colorado Law?

What is Double Jeopardy Under Colorado Law? 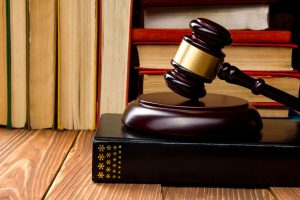 Trial proceedings can be exhausting – emotionally, physically, and financially. And the agony will add up to the defendant if he is sitting in jail awaiting trial. While posting bail bonds in Colorado allows you to live a normal life outside the prison during your court trial, the U.S Constitution also protects any defendant to face the same trial with the same offense. Thus, saving you from further misery.

The U.S Constitution’s Fifth Amendment clearly states, “No person shall… be subject for the same offense to be twice put in jeopardy of life or limb.” It is known as the Double Jeopardy Clause of the Fifth Amendment.

What is Jeopardy Law in the legal definition?

Jeopardy means that a defendant is at risk or in danger of conviction of a crime. It will legally exist if the jury is sworn in or if the evidence is presented in the Court. Under Colorado law, the defendant can only face Jeopardy for the same offense only once and can post Colorado bail bonds.

Also, the double jeopardy clause exists in order to:

Application of Double Jeopardy in Colorado

Double Jeopardy can be applied only to these circumstances: same offense, criminal cases, and the jeopardy attachment.

Exceptions of Double Jeopardy in Colorado

There are some exceptions wherein the government can prosecute a person twice for the same offense. These situations are as follows:

Attachment of Jeopardy in Colorado

A person could avoid re-prosecution if the government could attach the “jeopardy” to the defendant’s case for the first time the defendant had been prosecuted. Without this attachment, the double Jeopardy won’t materialize. Also, a simple filing of a criminal charge will not automatically attach the Jeopardy in it since the “jeopardy” can legally emerge to the case once the jury was sworn in or the evidence had been presented to the Court.

Termination of Jeopardy in Colorado

Even after the Jeopardy attaches to the case, its legality can still be terminated. It can happen at any point during a court proceeding in which a person is not considered to be in Jeopardy. In a trial by jury, the Jeopardy terminates when:

The U.S government understands that no one wants to be put on trial twice for the same criminal act, especially if the original trial has been acquitted in favor of the defendant. And the Double Jeopardy clause legally protects someone from this occurrence.