Can I refund my bail once the case is dropped?

Can I refund my bail once the case is dropped? 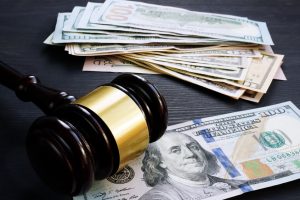 Being accused of a crime can be messy and complicated especially if the accused has no idea of what’s going on. Example? A husband was accused by the wife of violence against women and children because she saw her husband with another woman. Now, the husband is shocked, and in able to see his children, he will pay the bail amount. For this matter, he might have checked bail bonds near me to help him out.

After a few years, the husband and wife got into an agreement and decided to forgive each other. The wife has now dropped the case and it is again a complete family. But what about the bail paid by the husband? Can he refund it?

The bail bonds work like this – once the money is paid, you will have to wait for a final outcome in the case which can be either the case being dropped or having a guilty verdict. If the defendant turns out to be guilty, the money used to pay the bail will be used for court fees and if this happens, any of the money won’t be refunded back.

If Case has been Dropped

In cases where the charges have been dropped, the defendant or the person who paid the bail could get his/her money back if he/she took the option to directly pay the court. On the other hand, if the payor did not have the required amount of cash to pay the court and asked the help of a bondsman, he/she will not be able to get back the cash paid to the bondsman. The job of a bail bondsman is to act as surety. He will be liable for the full amount of bail if the defendant fails to appear in court.

If the defendant is not guilty after all, the payor still can’t get a refund back from a bail bondsman. Since the bondsman took a risk when posting a bail bond for the defendant, they will keep the position of the cash that you paid rather than for the services that they provided. You can check the bondsman near me if you are looking.

Court cases can take time to be completed. If it is a more complicated case, it may take over a year to go to trial and end. It is important to communicate with the bondsman and keep updated on the status of the case and make sure that contact information is updated. If the cash bond has been paid directly to the court, the cashback can be received after the case is completed.

On a daily basis, the court handles many cases in a day. If you are inquiring about a case, make sure you are ready with the case number.

But if you are short of cash and want to help your loved one or friend out of jail, go to bail bonds near me and they handle the rest. The Bondsman near me is reliable and fast and open 24 hours.