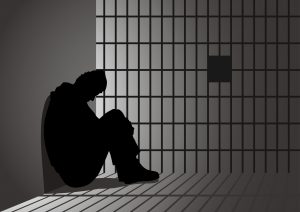 Securing bail bonds through the help of a Denver bondsman means that you need to follow certain conditions to avoid getting your bail forfeited and go back to jail. The psychological impact of being in a prison environment alone is enough reason we don’t want that to happen.

Now, while you are waiting out for your scheduled hearing, you will have some time to prepare for it, but this also means that you will also have time to make mistakes if you are not careful.

Here are five common mistakes that could send you back to jail.

Moving to another place.

Usually, a judge will include in the bail agreement that you stay within state lines before your court date. Your bondsman in Denver will also require you to seek special permission in case you need to leave, and they will regularly check on you to make sure you appear at the scheduled court hearing. If you will not abide by this condition, the Denver bondsman can revoke your bail bond and the judge can give out an order to have you rearrested.

In cases where you got arrested for a crime such as a DUI wherein alcohol was involved, your bail agreement will specifically indicate that you are to avoid alcohol while you are still out on bail. You may also be required to regularly undergo random alcohol and drug tests. If police personnel or your bondsman in Denver discovers you have been drinking, they can send you back to jail. It’s always a good idea to steer clear of alcohol or drugs while out on bail even if your arrest did not involve alcohol. This is because any negative behavior you show while out on bail can be used against you to revoke your bail which can lead to your arrest.

Depending on your case, you may also be required to avoid certain people as part of your bail agreement. For instance, if the crime of which you are accused involved someone else, you will be prohibited to contact them in any way. Another example would be if you are accused of domestic abuse, one of the bail conditions set by the judge for you will be to stay away from your partner while the case is pending. Failure to comply with this is a sure way to send you back to jail.

While out on bail, you need to keep your ties in your community. Suddenly quitting your job is a bad sign to the court and is a sure-fire way to end up getting re-arrested.

Not answering your co-signer’s calls.

In some cases, you may need a cosigner to secure a bail bond. Your co-signer will agree to pay the premium and in return, they will ensure that you follow the conditions of your bail bond. If you ignore them and do not answer their calls, it is a sign that you have no interest to abide by the bail condition.

These mistakes, no matter how small you think they are, are still mistakes that can potentially send you back to jail. Work with a reliable bail bond agency who will make sure you don’t make any of these mistakes.