The Costs Of Not Posting Bail As Soon As Possible

The Costs Of Not Posting Bail As Soon As Possible 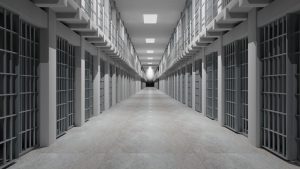 Being arrested sucks. This can be a very frightening and frustrating experience especially when you are in a state of panic and do not know what to do. Later on, you learned that you can post bail for your temporary release while awaiting your trial. But if you are not really into legal terminologies, it can be possible that this is the first time you have heard this.

Posting bail pertains to the process of paying off a specified amount to the court to ensure that you show up in court trials when ordered to do so, in exchange for your temporary freedom. It can be paid off in cash or any cash equivalent, like property collateral or availment of services from a reputable bail bonds agency in Colorado.

While it is very easy to get discouraged and just accept the fact that you just have to stay locked up until the trial is over, you can be sacrificing some other important things. We have listed the costs of not posting bail as soon as possible.

Posting bail as soon as possible can get you out of this environment before it gets dangerous to your freedom. The best bail bonds Colorado can offer usually have 24/7 availability which can help you get out fast even if you are arrested at inconvenient times.

#2 – WEAKER CASE DEFENSE WHICH CAN LEAD TO LOSING YOUR CASE

Being locked up in jail gives you the worst possible position in working on your case defense. The attorney and the defendant should work together to mount a really good defense, but when the defendant is in jail then communication can be extremely tough. Your attorney will have to schedule a meeting or a conversation with you when additional information is needed, and this is usually granted only for a certain amount of time. This can be done easily when you are out of custody. You and your attorney can work together very well to work on your case, and it is very easy to set a meeting for inquiries and information gathering.

Another big disadvantage of staying locked up is the possibility of speeding up the legal proceedings and put the odds against your favor. Since your attorney will have a hard time working on the defense due to the communication barriers, he or she will have less time working on it. This can lead to a weak case defense and ultimately lead to losing your case.

The prosecution usually processes the cases more slowly when the accused are not in custody. You and your attorney can use that time on mounting a good case defense, and you can enjoy your temporary freedom even more.

#3 – LOSING EMPLOYMENT AND OTHER OPPORTUNITIES

It is not just you that suffers when being arrested. Your employer can suffer as well due to the unexpected job position you vacated. Even if you are innocent, your employer has the ability to fire you especially when you are starting to miss out on a significant number of days at work. There can also be lots of opportunities being lost when you are in custody. You can be missing out some once-in-a-lifetime opportunity for your business or career while you are staying in jail. It can also be potentially dangerous to lose your job during these times since you can’t afford to lose your cashflow for your defense preparations and other expenses. Posting bail as soon as possible can get you back and save your employment.

#4 – RISK OF BEING SICK, ABUSED OR INJURED

It is extremely uncomfortable and frightening being locked in prison especially during a pandemic. Detention centers and prisons tend to be cramped and unhygienic which makes it easily cause an outbreak of diseases. Being locked up also makes your mental health suffer which can trigger anxiety and depression.

Also, being in jail means you are in an environment where harassment and violence can take place. Even with security measures, being around with dangerous people can make your jail time a stressful experience. Posting bail and getting out of this dangerous environment as soon as possible can be a wise choice.

WHAT CAN I DO TO POST BAIL IN TOUGH SITUATIONS?

Time can be your best friend or your worst enemy depending on your life choices, especially in legal matters. It is important for you to know that there can be other options out there to post bail. One of the most efficient ways available is to seek help from a trusted and reputable bail bonds agency in Colorado. They are the experts regarding this matter, which makes them one of the best considerations when your goal is to get out of jail as fast as possible. Your trusted bail bonds agency will only require you to pay around 10 to 15 percent of the total bail amount to get you released as quickly as possible. And if that is not a good enough deal for you, they may also petition for reducing the bail amount in some situations.

When it comes to the best bail bonds Colorado has to offer, Lucero’s Bail Bonds should definitely be on your list. We are ready to help you in tough situations 24 hours a day, 7 days a week. Just give us a call at 303-573-5555.