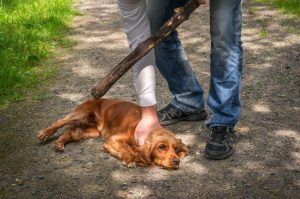 There are people who actively harm animals which is why there are laws in place to protect them. Animal cruelty is a serious offense in Colorado and can carry even up to 7 years in prison, plus fines. If your loved one has been arrested for animal cruelty, contact a bail bondsman as soon as possible to discuss your options for Colorado bail bonds. Securing Colorado bail bonds will ensure temporary release so you have time to understand how the legal process works during this time-sensitive period. Bail bonds are often considered a better option when posting bail.

How is animal cruelty defined in Colorado?

The Colorado Revised Statute 18-9-202 defines the cruelty of animals and its corresponding punishments.

Animal cruelty is defined as the act of abusing, neglecting, or abandoning the animal regardless of whether the defendant was knowing, negligent, or reckless.

Congress has also passed the Federal PACT or the Preventing Animal Cruelty and Torture Act in 2019. This law prohibits the act of causing severe harm to domestic or wild animals through:

The law also forbids the creation and distribution of animal-crushing videos or photographs.

What are some examples of actions that could constitute animal cruelty?

Some of the actions that could be classified as animal cruelty in Colorado include, but not limited to:

What are the penalties for animal cruelty in Colorado?

A first-time offense for animal cruelty is considered a class 1 misdemeanor. It carries the following punishments:

A second conviction of animal cruelty is already considered a class 6 felony. This means:

A second conviction of aggravated animal cruelty is considered a class 5 felony. The penalties for this include:

The violation of the PACT Act carries a 7-year sentence in federal prison including a fine.