What you need to know about bail bonds in Colorado

What you need to know about bail bonds in Colorado 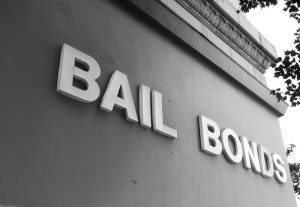 A bail bond is a written agreement between a defendant and a bail bondsman wherein the bondsman will pay the bail on behalf of the defendant to secure his/her release. Bonds are usually used when the bail set by the court is exorbitant and the defendant cannot pay at the time of incarceration.  It is important to know that bail bonds are not exactly a ticket to freedom, the defendant still has responsibility to appear in court proceedings which could take weeks or even months. You can check out Colorado Bail Bonds for more information about bail bonds in Colorado.

1. What type of crimes can Colorado bail bonds be used?

The types of crimes which bail bonds can be used include Felonies which usually involve acts of violence and Misdemeanor crimes such as vandalism, trespassing, petty theft, etc. DUI, or Driving Under the Influence, is a common crime where you can contact a bail bondsman for immediate release from jail.

Though bail bonds can be used for any charges, the judge’s decision should first be considered before availing the bond. The judge will first take into consideration the crime committed, if it is violent or non-violent, and the history and character of the defendant. The judge will then take into account if the defendant poses any threat to society if released on bail. Once the judge decides to set the bail amount, the defendant or family member can contract a bail bond agency to process the paperwork. There are affordable and dependable bail bonds in Colorado that you can trust.

If you decide to hire a bail bondsman or agent, they will charge a fee for their services. In Colorado, bail bonds agencies usually charge 10% to 15% depending on the bail amount set by the court. Fees also depend on the amount of risk the bail bondsman takes on. In most cases, bail agencies require collateral from the person who hires them. The collateral will be used to ensure that the defendant will show up on the day of the court hearing.

There is no need for you to worry since collateral is usually returned once the court finishes all the proceedings and fees have all been paid. Since in most cases, a family member, relatives, or friend is the one who contacts bail bond agencies, it is important that they know the risk of posting the bail on behalf of the defendant. If the defendant fails to show up in court, the person who hired the bail bond agency could potentially lose the collateral or any payment made thereof.

3. Where can you avail bail bonds?

Bail bond agencies are usually open twenty-four hours a day since arrests can happen any time. It is important that you only deal with a Colorado licensed bail bondsman. You can ask for their license or any proper identification to make sure that your transactions will be legal.

If you want a hassle free and reliable bail bonds agency, Lucero’s Bail bonds is at your service 24/7. We understand the importance of securing freedom for your loved ones. Call us now!