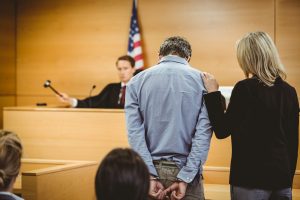 It is well known that prosecutors have more power than any other people involved in the criminal justice system. Their words, being the designated representative of the “People of the State of Colorado”, almost always give greater weight and persuasive power to the jury. This given power and influence can often be abused just to try to get a conviction. Under Colorado law, this occurrence is called Prosecutorial Misconduct.

A prosecutor is more than just a lawyer, he or she is “a minister of justice” and not simply an advocate. He has a higher ethical responsibility than other lawyers because they serve a dual role as a representative of the state and an overarching responsibility to be an advocate for justice.

What Is Prosecutorial Misconduct?

According to Berger v. United States, 295 U.S. 78 (1935), prosecutorial misconduct is “overstepp[ing] the bounds of that propriety and fairness which should characterize the conduct of such an officer in the prosecution of a criminal offense”.

Prosecutors hold a great deal of power and are entrusted with determining who will be held accountable when a crime occurs. They work hand in hand with the police and gather evidence against the suspect which they can present to a trial. Their presentation and interrogation during the trial can convince or not convince the jury. And the jury’s decision can change a person’s life either if the suspect is guilty or not. First of all, a prosecutor’s goal is to seek justice and present the judge and jury with legal facts and arguments. Before someone falls for prosecutor misconduct, going to a bail bonds agency might help as the defendant can temporarily go outside of jail and prove his innocence by getting hard evidence. Having a bail bonds service means that there is an agreement by a criminal defendant to appear for trial or pay a sum of money set by the court.

There are several categories of Prosecutorial Misconducts:

Evidence presented to the court can sometimes discharge the person who the prosecutors are trying to convict. Since prosecutors are obliged to present the truth and turn over evidence to the defense, this can be difficult. For example, you are a prosecutor and you are in the middle of a trial fighting to get justice for the murdered victim – a woman believed to be murdered by her husband. As a prosecutor, you are convinced that the husband beat the wife to death. However, there are notes taken during an interview with a victim’s child who witnessed the murder in a police report. The child said that his daddy wasn’t home when his mommy got hurt and it was a monster with a mustache that hurt his mommy. In this position, a prosecutor must turn over the evidence to the defense even if it means it has a huge impact on the case. Since the criminal justice system has the prosecution and defense to battle against each other within the law, it is now difficult to hand the opponent the tool that could very well destroy the case. But at the end of the day, it is the prosecutor’s job to do so.

How a Prosecutor’s Behavior Affects the Innocent

All its participants acknowledged the justice system to be imperfect and when there is no misconduct or lapses on part of the police, the prosecutor, the judge, or the defense counsel, an innocent defendant can go to prison.

In continuation of our example, if prosecutors did not hand over the police report to the defendant, the accused might be sentenced to imprisonment. An innocent person might go to jail and he’s gonna pay for a crime that he did not commit. If prosecutors do not conceal evidence, just winning would have been served.

Actually, our story is a real hearing that happened in Texas. The bad news was that the husband was sentenced to jail even if he was innocent but after 25 years, Michael Morton walked free from prison without bitterness and anger. Instead, he was determined to change the law so no one else would suffer like him.

Knowing about an unintentional error or intentional misconduct by the prosecution can be difficult. Sometimes, the prosecutor has sound reason to believe in the suspect’s guilt until new evidence or new ways to evaluate old evidence emerge.

An arrest is not proof of a crime. If you have known somebody who has been accused of a crime he/she did not commit, Avail a bail bonds service to help the accused be free from jail while awaiting trial. The purpose of this is that the defendant can find evidence to prove that he/she is innocent and refrain from being a victim of prosecutorial misconduct. Besides, staying in jail gives limited space and capacity to prove innocence.

If you are looking for a trusted and reputable bail bonds agency in Colorado, Lucero’s Bail Bonds can definitely help you. We have been serving the Front Range since 1982, and we continue to serve well and deliver fast and efficient bail bonds service. Just give us a call and we are here to serve 24/7.