Will I Have to Pay Bail For Drug Possession?

Will I Have to Pay Bail For Drug Possession? 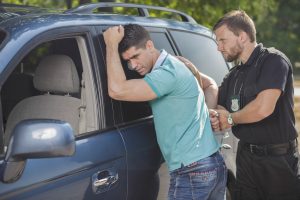 With the increasing cases of drug abuse and the changing laws towards drugs, it is important to know how far illegal possession of drugs can go. Last month in Colorado, there was a major buy-bust, and the police confiscated 16 pounds of heroin from the suspect. Because of the noise on drugs around us, it is hard to keep up with the potential consequences of getting caught with an illegal substance.

In case you get caught for possession of illegal drugs, there are several factors that will determine whether you go to jail or not. Hiring a bondsman near me will be the first thing that comes to your mind and yes you are right. In times of emergency situations involving an arrest and you are unsure of what to do, go immediately online and check out bail bonds near me.

The following are some insights you can learn about your rights on drug possession.

Even if drug charges issued are misdemeanors, they are often severe. Knowing the difference could help the accused in knowing how to prepare for what is ahead. Felony is the most severe of all drug charges which could lead to the person’s conviction and sentence to prison for several years. Though most states have both a misdemeanor and a felony for drug charges, there are sometimes exceptions.

It is usually charged with lesser sentences and when a conviction occurs, it is important to know the degrees based on stated differences.

First Degree – harshest with the most serious of crimes committed. These have the worst possible fines attached and could exceed several thousand if it involves a person.

Second Degree – less severe but still incurs fines and possibly up to one year in jail or in prison based on the factors of the case.

Third Degree – it offers the least sentencing but if multiple third or second degrees are committed, the drug offender may face more time in jail or prison with heftier fines.

Trials with misdemeanors are often just as long and complicated as any other trial, but they may have expedited procedures in place. CHecking a bondsman near me on the web might help with these procedures.

Felonies work similarly to misdemeanors with degrees through standard situations based on the state. Felony drug charges are often the worst of the worst and they could land someone in prison either state or federal depending on the specific circumstances and factors of the case and arrest.

First Degree – generally reserved for aggravated circumstances, additional charges, and when someone is killed along with drugs. It is accompanied by extensive fines and often no less than a year in prison. Some states do issue the death penalty for first-degree felonies.

If second and third-degree felonies are committed, this could be only a few or one year behind bars. Fines are still frequently extensive. Amenities are limited and when in a maximum-security prison, the convict has few freedoms and after the trial, the consequences are usually extreme.

Whether it is a misdemeanor or felony, the use of illegal drugs is still offensive and might give severe consequences once caught. So if you were just accused and need to defend yourself, check out bail bonds near me for more information.If you are looking for a trusted and reputable bail bonds agency in Colorado, Lucero’s Bail Bonds can definitely help you. We have been serving the Front Range since 1982, and we continue to serve well and deliver fast and efficient bail bonds service. Just give us a call and we are here to serve 24/7.